Park your car in front of the Strada del Franciacorta offices (Via Verdi, 53 – Erbusco) and turn right up the road. At the stop sign keep straight along Via Verdi, still uphill. Beautiful Villa Lechi and Palazzo Longhi de Carli are visible to your left. Continue downhill on Via Verdi, along a long wall, and then turn right onto Via Metelli, with views of Monte Orfano, and cross a residential area.

The itinerary continues along Via Villa Nuova and Via San Giorgio. In the small centre of Villa hamlet there is an isolated bell tower. At the roundabout turn left onto Via Crocefissa which is lined with old farmhouses. At the junction, turn left uphill onto Via Pedergnano Sotto. At the stop sign continue on the same road, admiring the vineyards and views of lower Franciacorta, then uphill again on Via Mattina. At the stop sign, turn right downhill to the provincial road to Iseo, which you take for 1200 metres as far as the sign for Calino where you turn right for a gentle ascent to Via Sala. Here a road through the vineyards leads you to the residential part of town. Turn right at the war memorial on Via Paolo VI, following signs for Bornato.

At the roundabout, turn left downhill onto Via San Michele and, at the stop sign, turn left again and continue to the village of Bornato. After crossing the level crossing, continue on Via Basso Castello and ascend a narrow uphill road to Castello Bornato, surrounded by massive stone walls. Turn right onto a narrow road to the entrance and then left along a narrow downhill cobbled street lined with ancient buildings and walls. At the end of the cobbles, turn left into a shady street. At the stop sign, turn right towards a level crossing and, after crossing it, take the long cycle track to Barco di Cazzago passing Chiesetta della Madonna della Zucchella along the way.

The cycle path continues for several kilometres as far as traffic lights in Cazzago San Martino. After the level crossing take Via Rizzini, still on the cycle path, to the sculpture called “The Wheel”. Turn left into Via Per Rovato, passing over the highway.

After a short stretch through the industrial area follow signs to the centre of Rovato, going straight through the roundabout. At the traffic lights, turn right into Via San Rocco through historic houses with elegant stone doorways. At the small roundabout, with Quistini castle in front of you, turn left onto Via Bonomelli and, before crossing the centre of the town, turn right towards the market area in Viale Conte Eugenio Martinengo Cesaresco. You are facing Monte Orfano, which will be beside you for the remainder of the route. Take Via Martinengo downhill and, at the bend, turn right to detour to Convento della Santissima Annunciata after a kilometre of uphill cobbled road. If you’re not interested in visiting the convent, stop off to visit Chiesa di S. Stefano at the beginning of the climb instead. Retrace your steps and turn right onto Via Bettini, continuing downhill to Via Gigli. At the end of the street, turn right towards Coccaglio on Via Vittorio Emanuele II, thus arriving at the centre of the town in Piazza Luca Marenzio, noting the Roman tower on your left and the parish church on your right. After the traffic lights, turn right onto Via Martiri della Libertà (you can turn onto the small cycle path despite the one way sign) and continue on Via San Pietro, with the church of the same name on your right.

You are now following a beautiful, long, wide cycle path to Cologne. At the end of this road, continue straight on for a few hundred metres, returning to the cycle path again a little further on in Via Vittorio Emanuele and Piazza Garibaldi. Now follow signs to Adro and Iseo. Turn right into Via Cappuccini and continue to Spina, emerging in Via Marconi. Turn right at the traffic lights, following signs for Erbusco-Rovato, and right again at the roundabout into Via Fontanelle, which is flanked by vineyards. Turn right onto Via Volta, gently uphill. Continue on the underpass to Zocco d’Erbusco, onto Via Costa to the traffic lights, where you cross the provincial road. Via Verdi is in front of you now. Follow it and you will soon be back at the offices of the Strada del Franciacorta (on your right), where this pleasant itinerary ends. 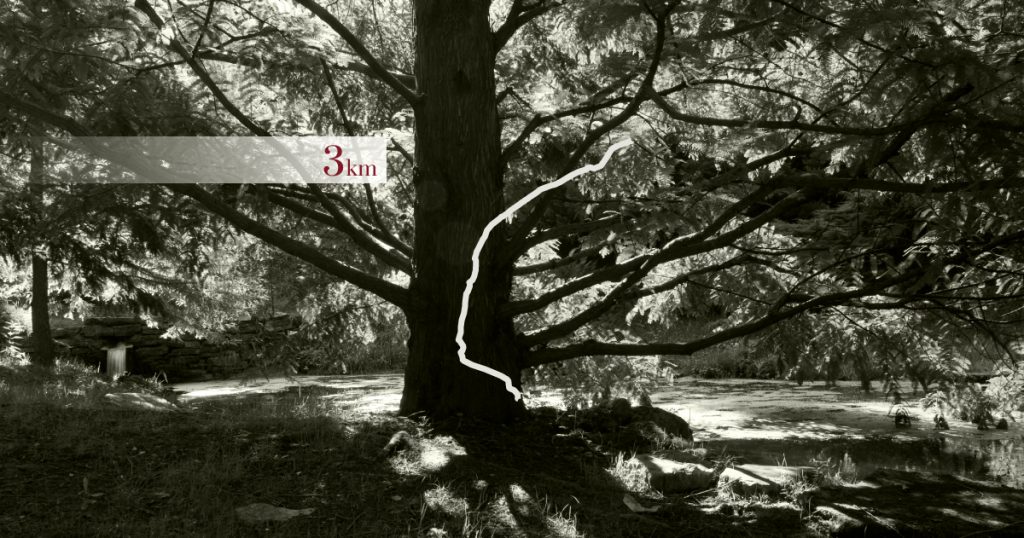 发现更多
Itinerary at the foot of Gaina stream 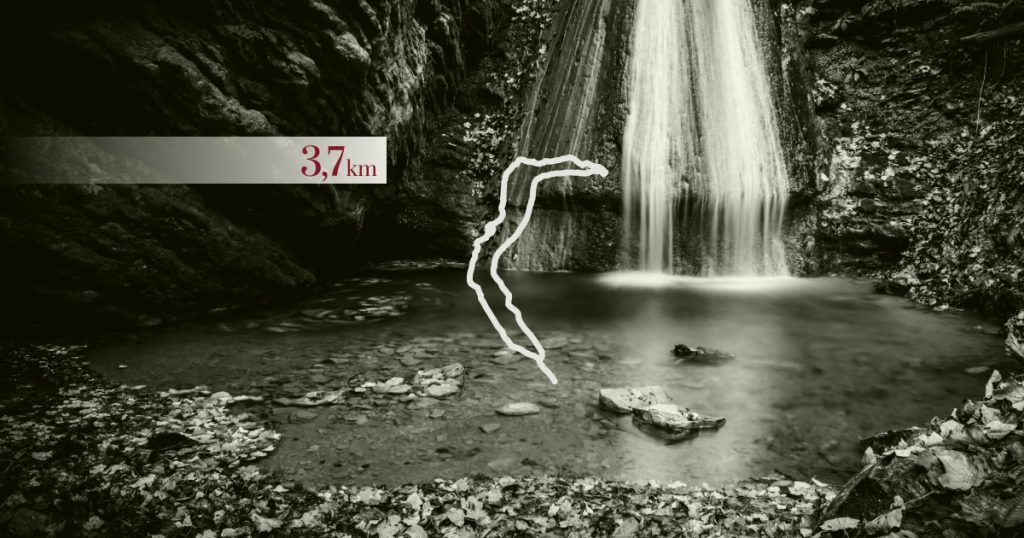 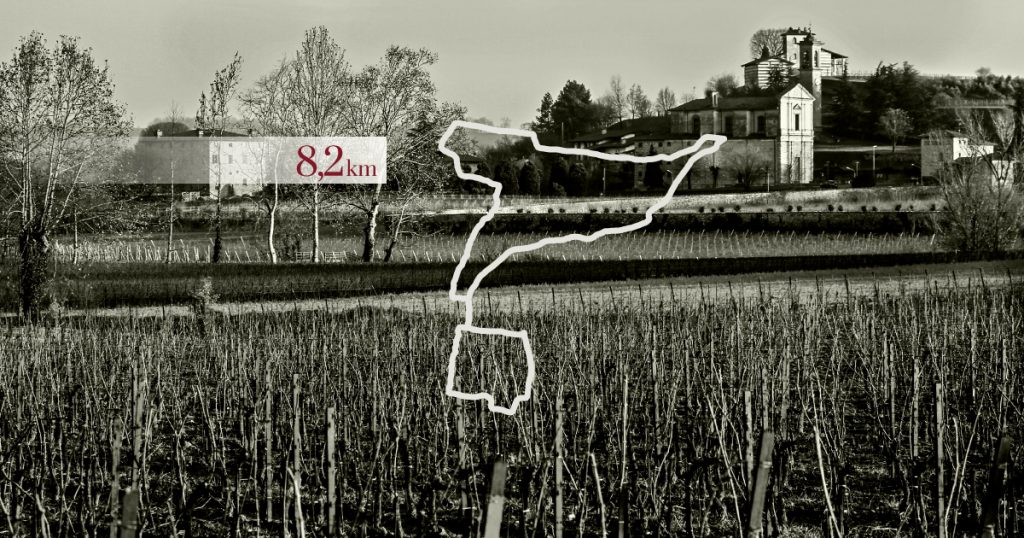 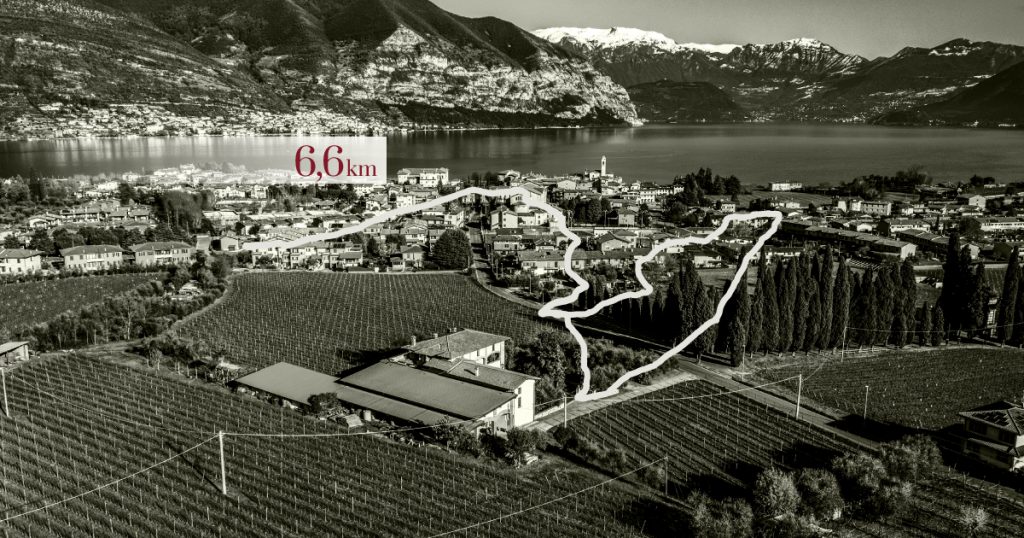 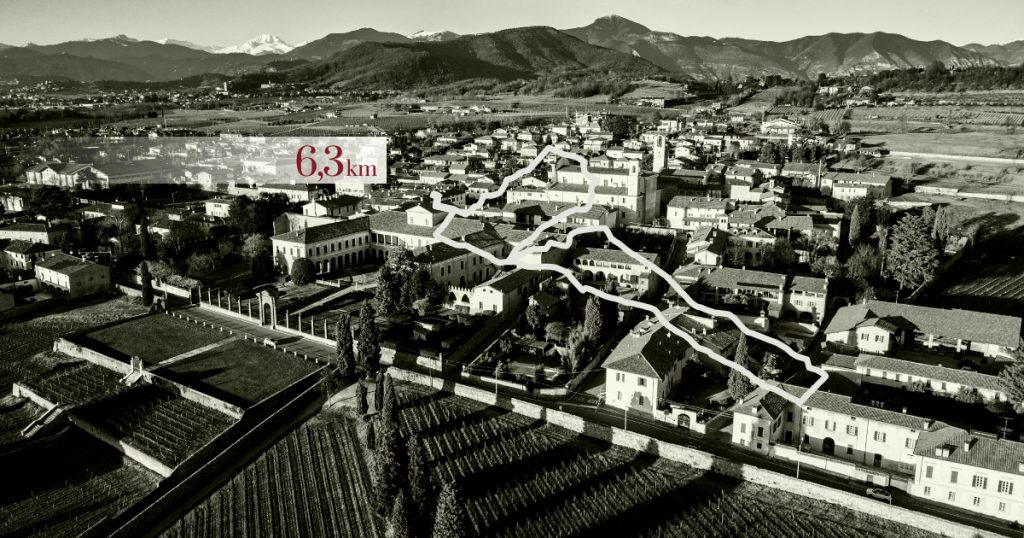 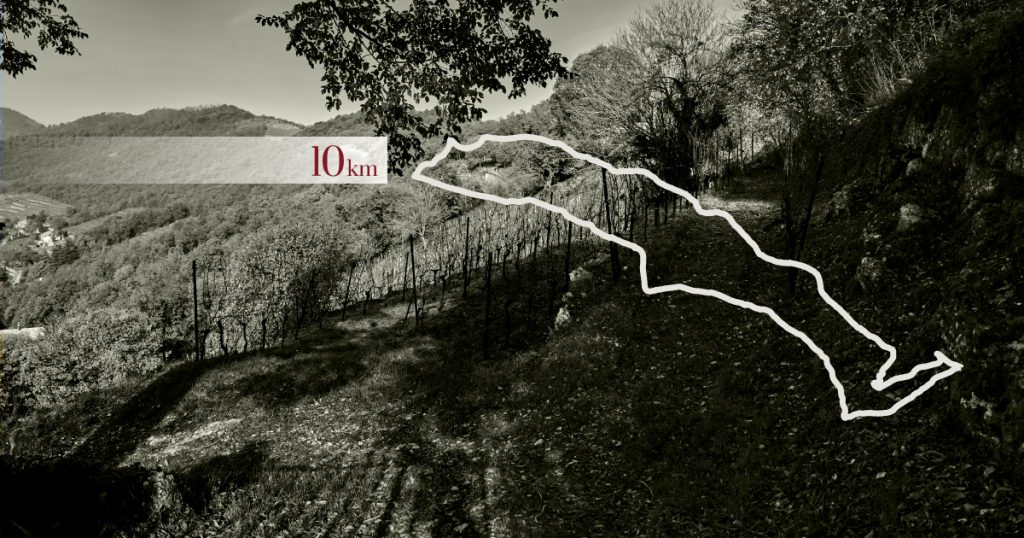 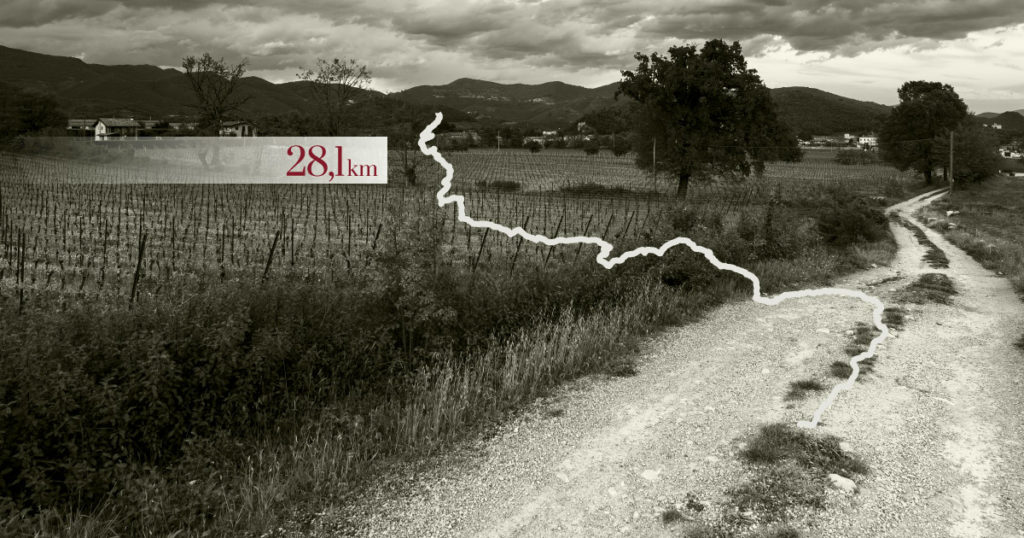 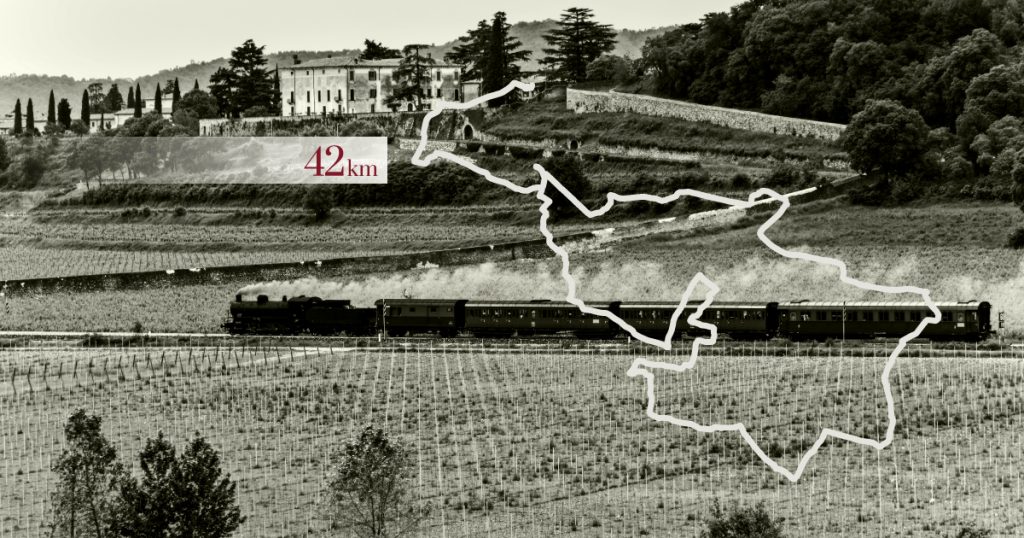 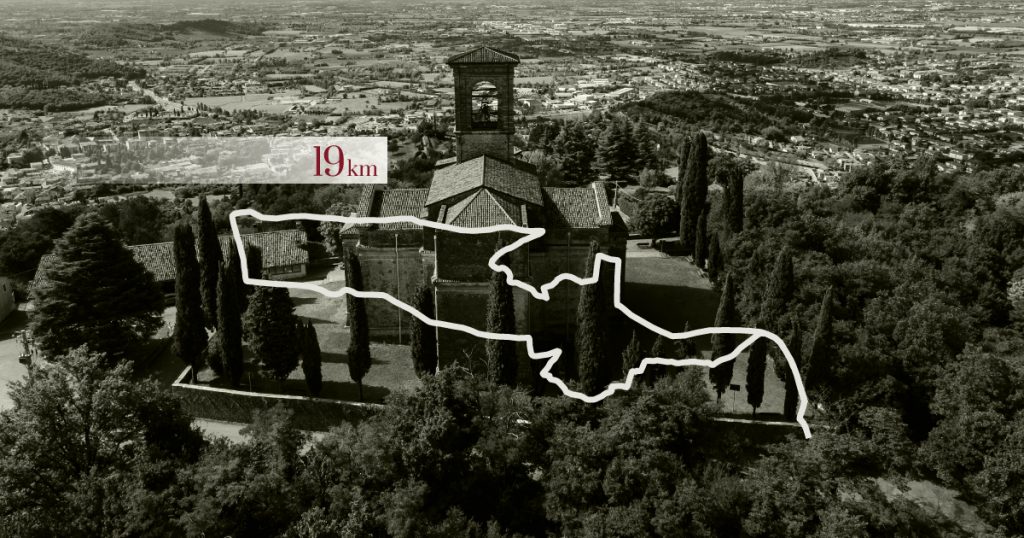 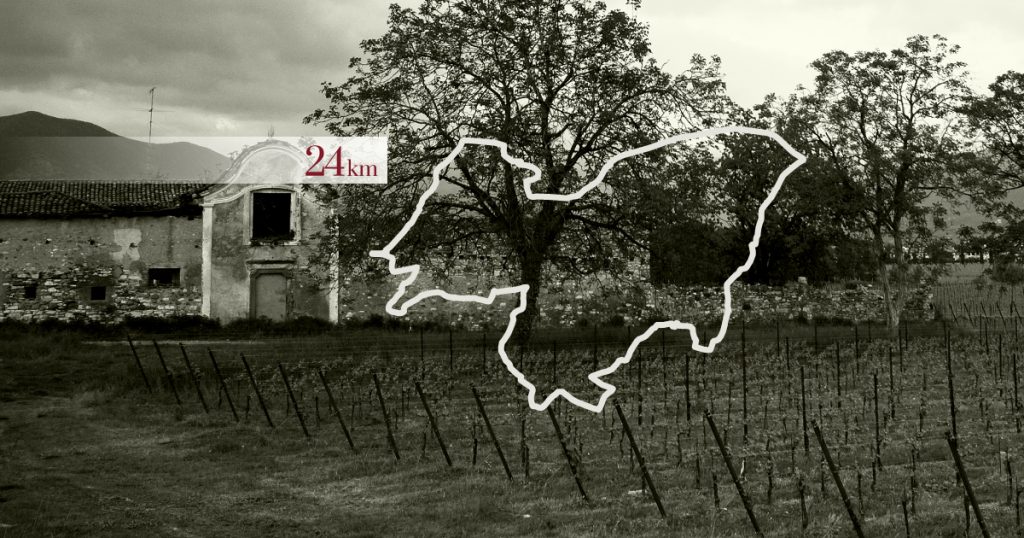 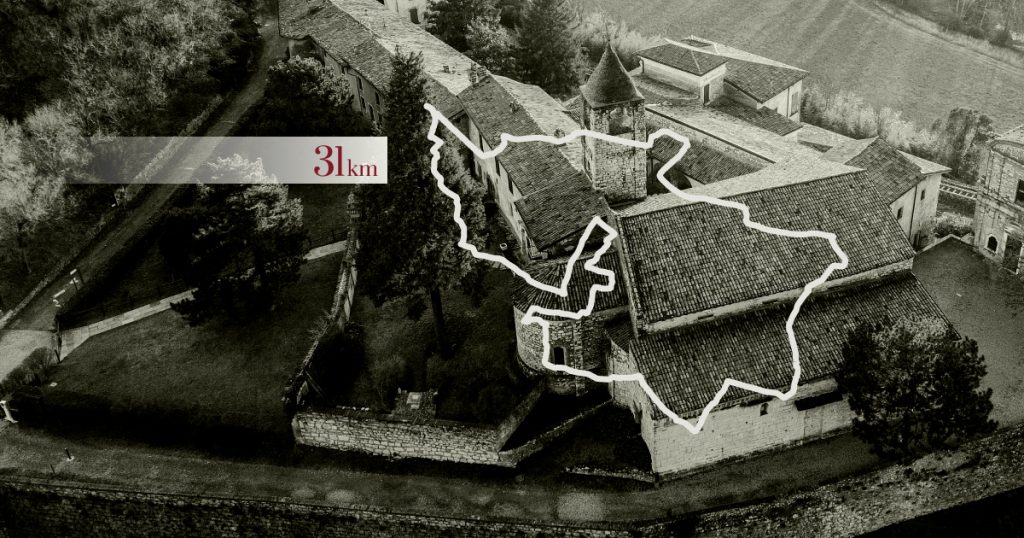 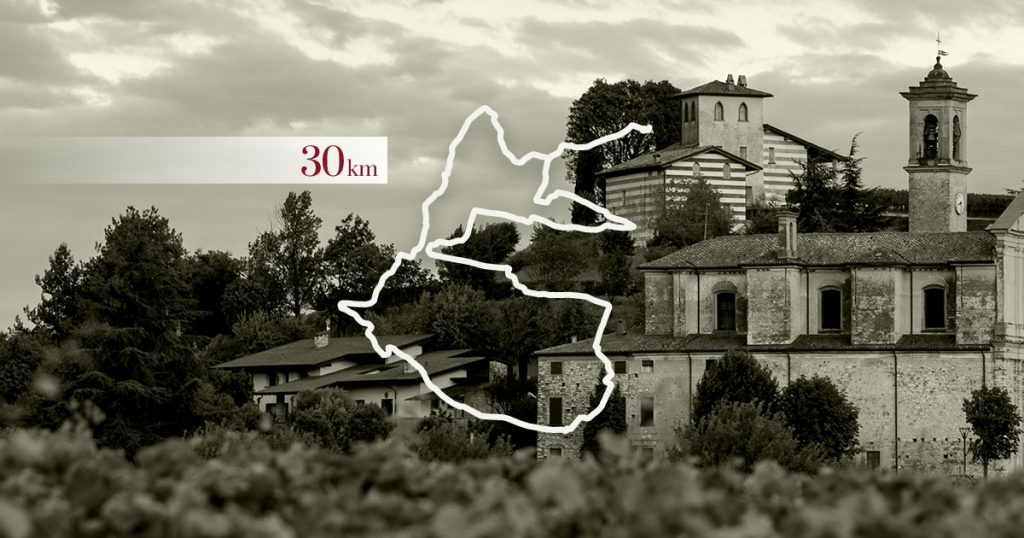