Probably built in the 12th century on the ruins of an earlier building dating from around the 8th-10th centuries, the Romanesque parish church was dedicated to S. Maria Maggiore after the apse area was rebuilt in Romanesque-Gothic style, which is polygonal on the outside and semicircular on the inside. Fragments of a grey sandstone pluteus, with floral motifs and two animals in pre-Romanesque style, testify to the ancient origin of the parish church, while the capitals are in Gothic style.

Despite various phases of abandonment starting with the construction of the new parish church in the 18th century, renovation and architectural consolidation work from 2000 to 2002 returned the parish church to the community of Erbusco. From the façade, one can see the cornice and a pediment in Sarnico stone, located at the entrance, and the bell tower to the north-west. 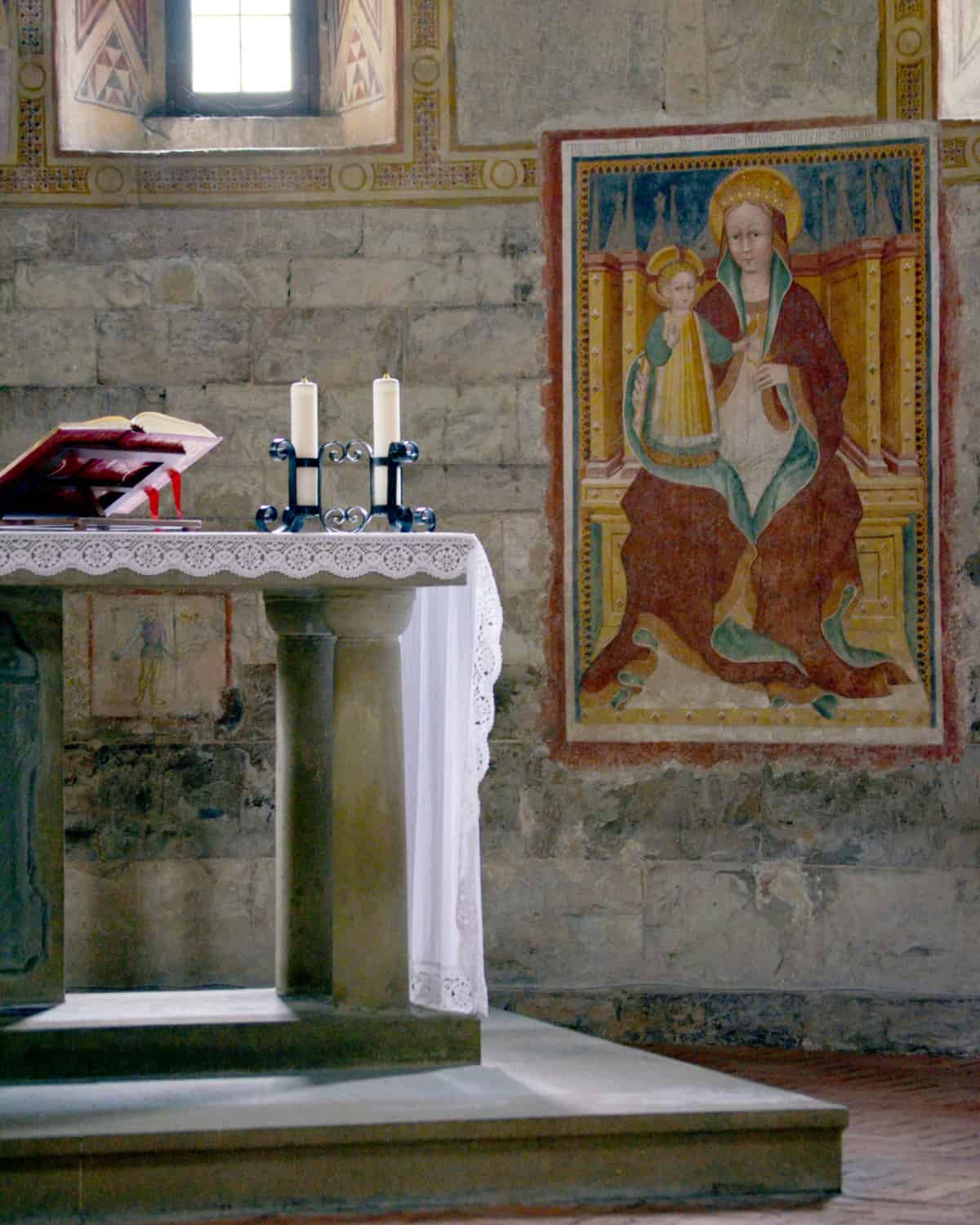