Located within a cemetery area, the church of Sant’Eufemia is a building dating back to the last decades of the 10th century, situated not far from the town of Nigoline. It is notable for its elevated position on one of the hills of the moraine amphitheatre of Lake Iseo. Typical medieval features are the gabled roof pitches and a cross-shaped embrasure on the façade, which has now been sealed up.

A bell tower was added in the 11th century, which today has plastered walls on all sides and was completely rebuilt in 1700. Nevertheless, the original Romanesque plinths can still be seen on the four sides of the tower.

During the 15th century, the old church underwent a radical transformation: the south wall was demolished and a new, larger building was erected with its current north-south orientation. The former apse of the early medieval church became a side chapel, now housing the baptismal font. 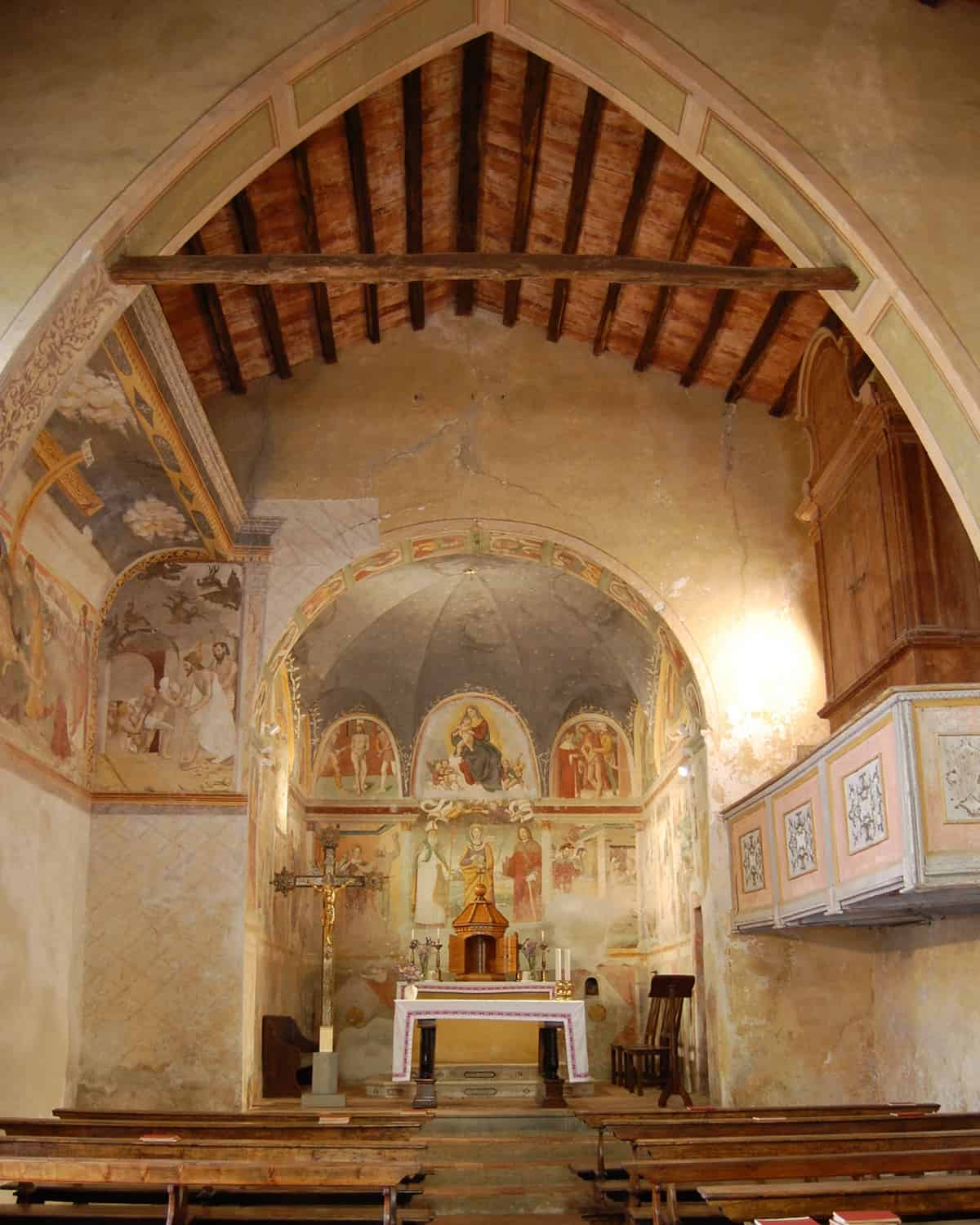