The Oldofredi Castle in Iseo is one of the oldest and best preserved in the area. Located in the southern part of the old city centre, it is accessible from two entrances to the north and east, where a staircase, built in more recent times, leads to an area that was already settled in Roman times and is located on a rocky ledge. Today, the castle is used for housing and hosts the municipal library, some cultural associations and, in the former St. Mark’s Church, the civic hall.

In the Polyptych of Santa Giulia, a cadastral list of the Brescian monastery created between the 9th and 10th centuries, there is evidence of the existence of a castle prior to the present one, the oldest part of which is the keep in the southern area, dating from the end of the 11th century. The subsequent construction of the castle with its courtyard took place between the 13th and 14th centuries, as indicated by the coats of arms of the powerful Veronese Della Scala family in the keystones of the arches guarding the entrances.

The library can be visited during opening hours: 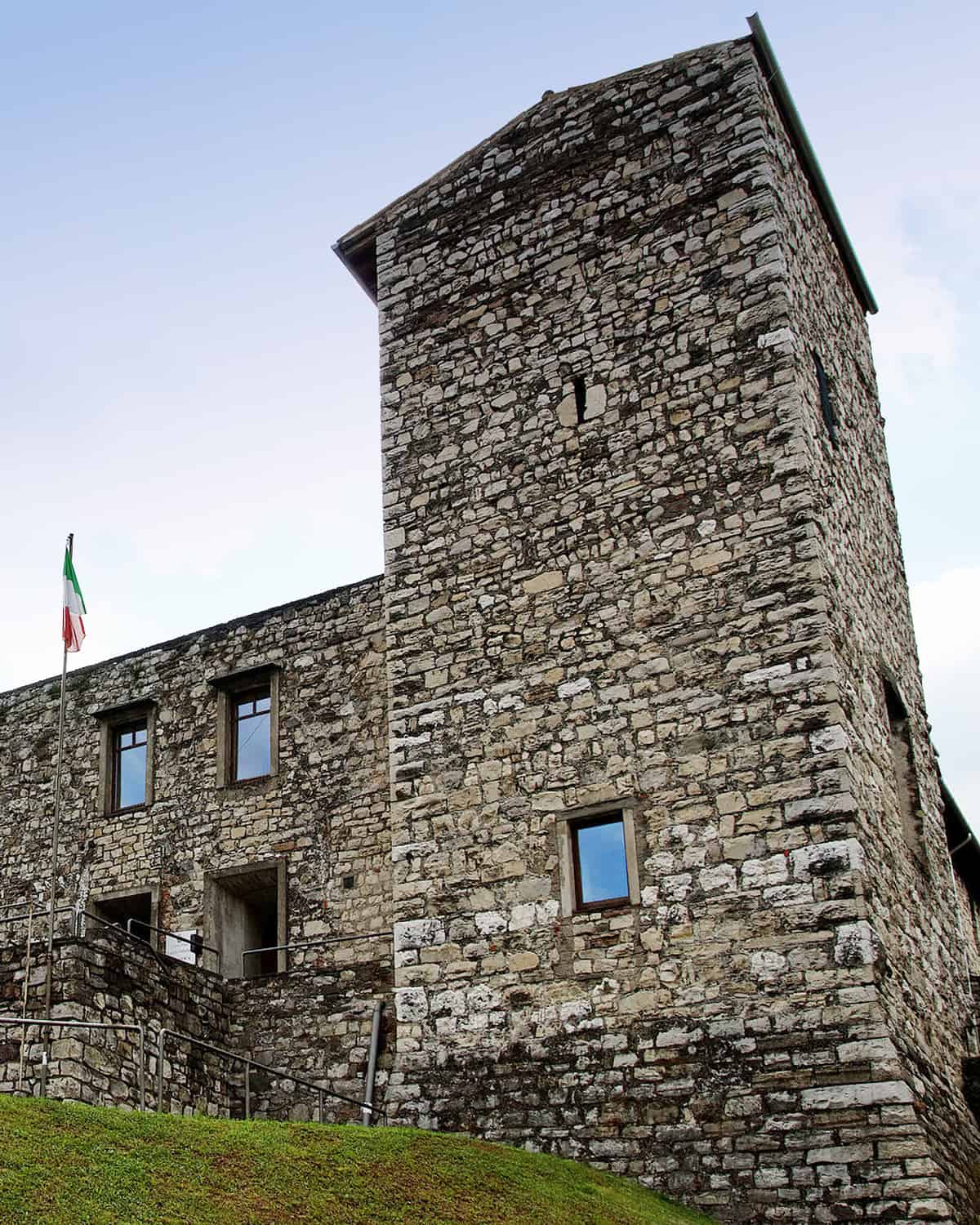