Erbusco’s Town Hall, built at the turn of the 19th and early 20th century by Gianpaolo Cavalleri, possibly according to a design by engineer Luigi Negroni, was surrounded by an imposing defensive wall that prevented the view of the outside. In 1973, the palace was sold to the local government, which dismantled the surrounding wall and moved a large fresco, entitled La Deposizione (The Deposition), to the north wall of the hall.

Two turrets rise up from the large lawn on the western and eastern sides of the building. The six-arched portico, supported by Sarnico stone columns with Tuscan capitals, runs longitudinally to the ground plan, softening the harsh, decisive lines of the architecture. The decorative layout is influenced by the Art Nouveau style and the eclectic shapes used in this era. The terracotta and wooden floors are all original. 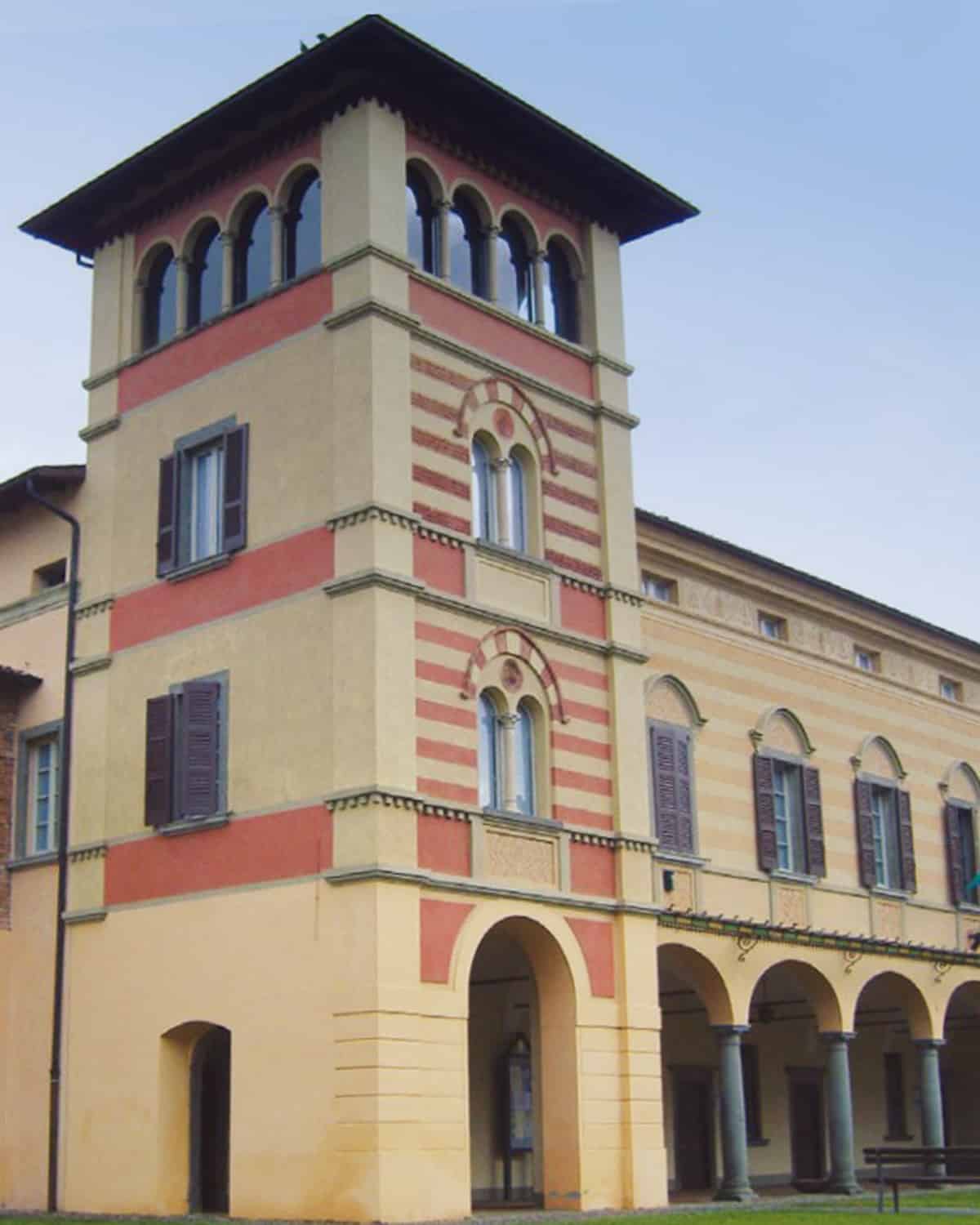