Oldofredi Castle is a building located in the main square of Paderno Franciacorta, in the western Brescian plain. The mediaeval stronghold is first mentioned in a document from 1009, but it may even date back to earlier times. The term ‘paternal’ (Paderno) was used to refer to hereditary estates in Roman times. In more recent times, various traces of past settlements have been found.

The history of the castle is intrinsically linked to that of the many conflicts that took place in this region, not least because of its central location in the open countryside of Franciacorta. Beginning with the sieges of the Hungarians in the 10th century, the fortification, which was firstly a defensive structure and then militarised, experienced the conquests of the Visconti in the 14th and subsequent centuries, until the tragedy of the raid of Brescia in the 16th century, during which Paderno was plundered and its inhabitants killed in their hundreds. After 19th-century restoration work, Oldofredi is today very different from its original appearance, except for the 16th-century church of the ‘Madonna in Castello’, which is perfectly preserved within the walls.

Visible only from the outside. 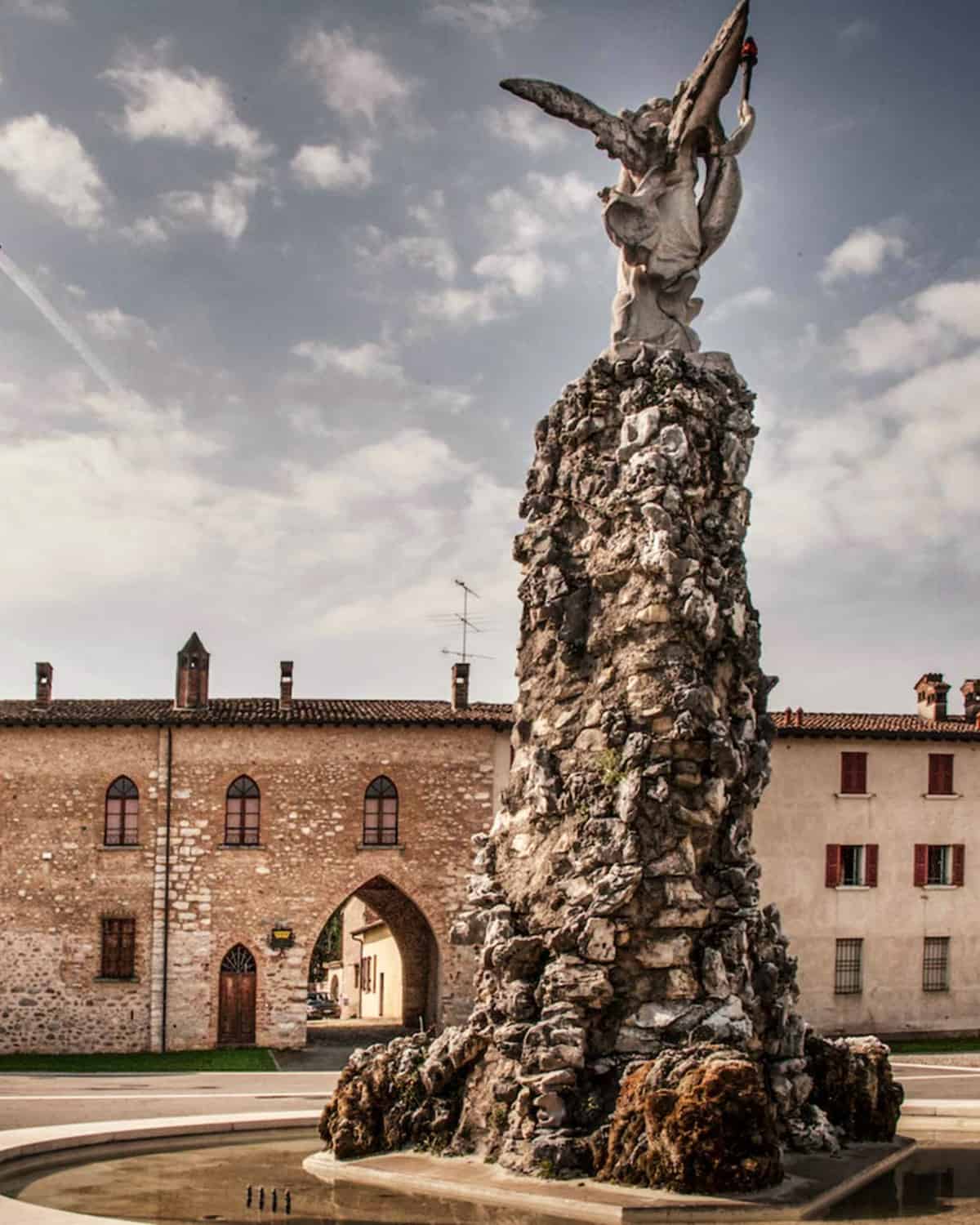