The Lantieri Tower was built in the 14th century by the Lantieri family along with some adjacent fortified houses, which were protected by a defensive wall. This construction was probably part of the expansion of the town’s fortifications at the end of the 14th century. Its original architecture has remained more or less unchanged.

The defensive function of the tower can be easily inferred from its position, on a rocky ledge, and from the storage space on the ground floor, separated from the upper floors by a trapdoor in the vault. The main entrance, located on the ground floor of the north side, consists of a beautifully crafted gate supporting an arch right in the centre, which bears the Lantieri family coat of arms.

Open on the first Sunday of the month, by appointment only. 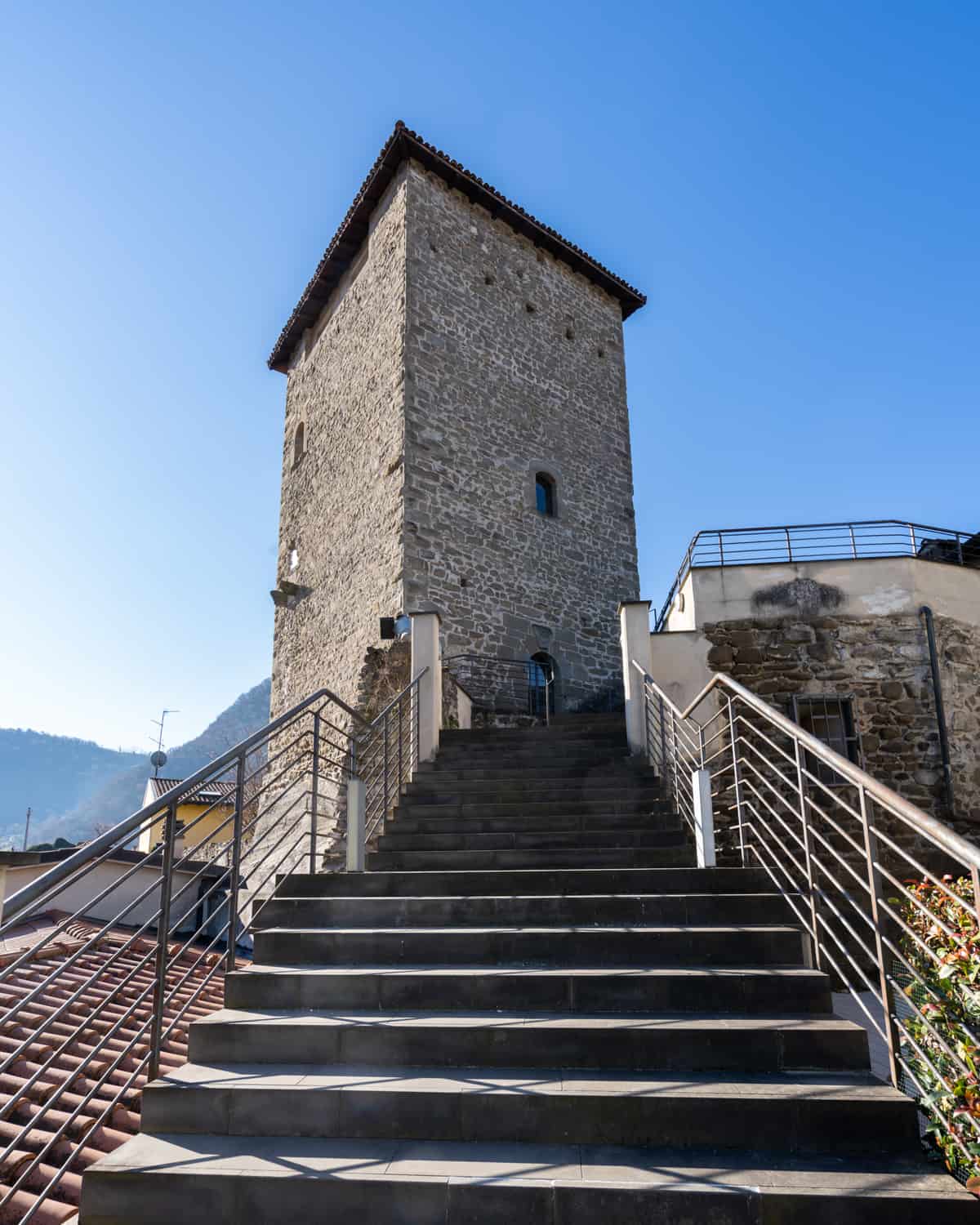